Older art. Was practicing new painting techniques for commission stuff. But im proud of it. 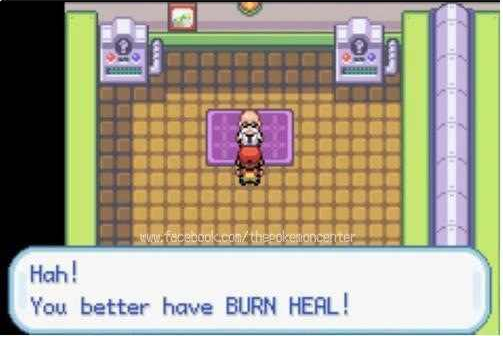 I still have a couple accessories to make, such as the paper carrots and the given citrus slices, but my mini kitchen is mostly done!

Can you guys recognize every little thing I posted before in this diorama ? ;)

#these r the shit op keep improving i love what u do!! #art #non-2d


k this is weird actually

my brilliant idea is this:

However since emoji are recognizeable by virtually anyone who encounters them regardless of language (including, to my knowledge, people using screen readers) that would prevent this from happening as long as everyone could agree on what emoji meant what. And in most cases (in the ones representing objects at least) I think that would be fairly straightforward.

So for example if someone draws something with blood then someone with the 🩸 tag muted/blocked/whatever wouldn't accidentally see the drawing; ordinarily they might have muted the tag of whatever the word for "blood" is in their language but if the person who posted the art speaks a different language then the tag they put on their art would not be the same as the tag the other person blocked so that person might end up seeing something that upsets them.

Also if someone wanted to see pretty pictures of clouds they could put the cloud emoji in their search bar and see everyone's pictures of clouds, regardless of the language the posters speak. & people could use online translators to get the gist of others' textposts in different languages while having context about what they mean from the tags/while not having to worry about potentially running into something that bothers them. (i know auto translators can garble things up a bunch but they're still really cool/useful tech!! as long as people keep in mind that what they're reading might not be the literal translation of what the poster actually said i think it would be neat for cross-language conversations to be a more common thing!)

What I was testing was if emojis are searchable. So it turns out they are........kind of. It looks like all emojis register as the same tag as it currently stands. However if waterfyall think this is a good idea we can totally ask staff about it and see if it's plausible/what they think.

Conclusion: Basically I know a lot of people here have english in common as a language but I think it would be really neat to set things up so that it's easier to communicate across languages because...it's important, I think. And because pictures are something that people from any place, provided they can see, can understand. And also so people don't accidentally run into content they'd rather avoid.

And another thing: I personally, at least, think that English should not be the internet's default.

In the past people have tried making "universal languages" and such but those take a lot of effort to learn and not many people know them.

Let's turn instead to something we all know.


ok but consider this:

#hmmmm dubious abt this #could work for SOME simple things like common triggers and objects #but as it is with words emojis can often be used to mean something figuratively like the peach and idk the rain emoji? yeah #and thats only among ppl who speak english and/or are among an english-speaking community #so idk #i wouldnt put too too much hope in it but i think this is a good idea for common triggers like blood knives violence flashes noises etc #now to ward away edgy aesthetic taggers

Made on Vroid, all textures by me

The sound of rain is really relaxing

how subtle (bad) is your humor? tag yourself

are you a "i made a joke and no one noticed" person or a "i didn't joke, i was serious, and everyone laughed anyway" person?

This is a close-up of my #SixFanarts drawings

working on a shirt pattern with some fishy friends

reblog this with the song stuck in your head

you know... "butch" is a lesbian-specific term... right? bisexuals/biromantics have their own set of equivalent terms. it's disrespectful to be taking a lesbian identity when you're not a lesbian


I'd recommend reading up on queer history a bit. If you can safely do so, i'd highly recommend Leslie Feinburg's book, Stone Butch Blues. It's a heavy read, TWs for everything, but it really gives a good overview of queer history around the Stonewall era.

And also, dear anon, it is disrespectful to anonymously message random people on the internet and harass them about their identity. It's not the done thing, anywhere except Tumblr, and i'm sorry you have been taught that this is acceptable behavior. If you'd like to come off anon and have a conversation, i am willing to chat, and maybe we can both learn something.


As a lesbian, people saying butch refers exclusively to lesbian women and nothing else is the dumbest shit I've read all day. Like to me it just means someone with traditionally male characterists/mannerisms, whether they're a lesbian, bi, a straight woman, bi or hell even a guy. A macho dude would be butch as well. And while it's definitely become more heavily associated with lesbians, demanding that everyone and their mum use a different set of lables is just divisive as hell, especially considering most people won't have a clue what the hell you're on about if you try to refer to yourself that way (Or insist other people refer to themselves that way).

guess what im back (for now) and im still gay. i hope im going to use wf more and like be active n shit.

Repour and answer in tags!

#dang #i kinda missed these #:') #cats! dogs r great but i dont have energy 4 them #plus cats r much more liquid who doesnt want that #nnngngngggggg gonna go w moon #it doesnt burn anyone #red bc blue is ok and red is ALRIGHT #ocean #rivers stink most of the time #but i also dislike saltwater so uhhhh clear rivers ftw i changed my mind #rain! its just water. snow is a bitch to clean up and walk in #uhhhh salad for the diversity #never rly had a good steak #heafphones 4 privacy #city for convenience #country for quiet contemplation #of where u can get replacement headphones bc u broke the 3rd pair u had in a stash #aaaaaaaaaaaahahahahhha i feel so alive #lichnoe #<- thats a personal tag

A tiny kitchen with a little cake prep!

diary entry #letssay1: on the feeling of missing someone

oh so what i was going to say is i finally came to terms with the fact that i dont have the brain juice that makes you miss people. i cant "miss" someone the same way movies and friends tell u that they miss their mom or their s/o or whomever. it's not always been like this though lol i def rember missing my parents and my auntie and like my friends and stuff. the reason for this is undefined for now, probably a cumulative effect of my lifestyle choices such as: shutting everyone out, being emotionally detached, being too consumed by emotionally non-taxing things, fleeting things, numbing things (interests that dont require direct personal contact), not having the habit of "staying in touch" etc. i hope im not imposing things onto myself and just typing out what i really feel. thanks.

well. i decided now that this waterfall blog is mostly going to be me whining about shit i cant let my followers on tumblr see, except the 3-person overlap bc i trust u guys.

#p #hello world #programmed to work but not to fee-e-eel #current song stuck in head: dorothy by misumi #oh shit right i brought back my moms old (better) phone back w me yeeay